🏆
I'm a world record holder in the sport of BASE jumping.
I’m the first woman to BASE jump from all four objects - Building, Antenna, Span/bridge, Earth/cliff - in the first four BASE jumps.🪂
I'm a world record holder in the sport of skydiving.
I’m the only person to skydive in all fifty states during one continuous trip.🧳
I've been a digital nomad since before Tim Ferriss published The Four-Hour Workweek.
No matter where you’re from, I probably know your neighborhood (at least a little bit).🚀
I grew a software services company from a team of three to ±50 from 2018 to 2022.
I'm now a co-founder in the healthtech/wearables space. Get in touch with your musings and curiosities; I'm all ears.

I was in the location-independent vanguard since its invention, but I'm Bristolian now. Yarr.

I was raised a third-culture kid, hopping all over the world with my US Air Force family. I still live life like it's a boisterous game of passport bingo. 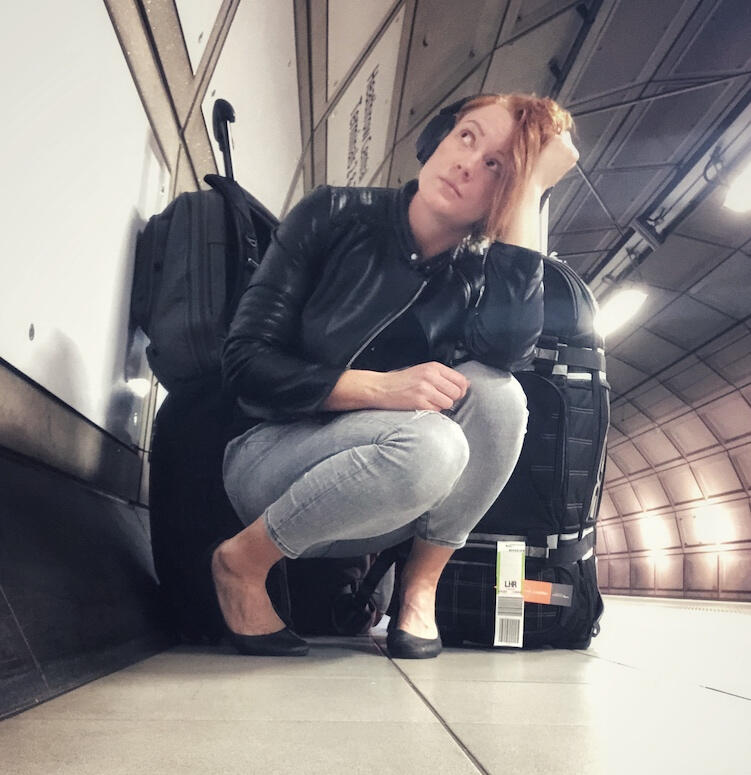 I've been location independent since 2006 and lived as a full-time traveler from 2009 to 2020. During those years, I lived out of a suitcase (and some gear bags) and jumped, flew, worked and thrived all over our beautiful world. I've lived in old-town Cusco, the peninsular countryside south of Auckland, the Swiss mountains, the paragliding-happy Turkish beach town of Ölüdeniz, the Kenyan coast, La Paz, Berlin, Cape Town, the southern coast of South Africa, the Carpathian mountains, the Arizona desert, Utah’s Wasatch Front and all over the UK. I've traveled on a somewhat less-permanent basis to many, many dozens more.I live with my partner, Alex — founder of a powerful mission-driven startup, heart-led superhero and general badass — on a beautiful boat in Bristol, UK. I’m having the time of my life. 🎈 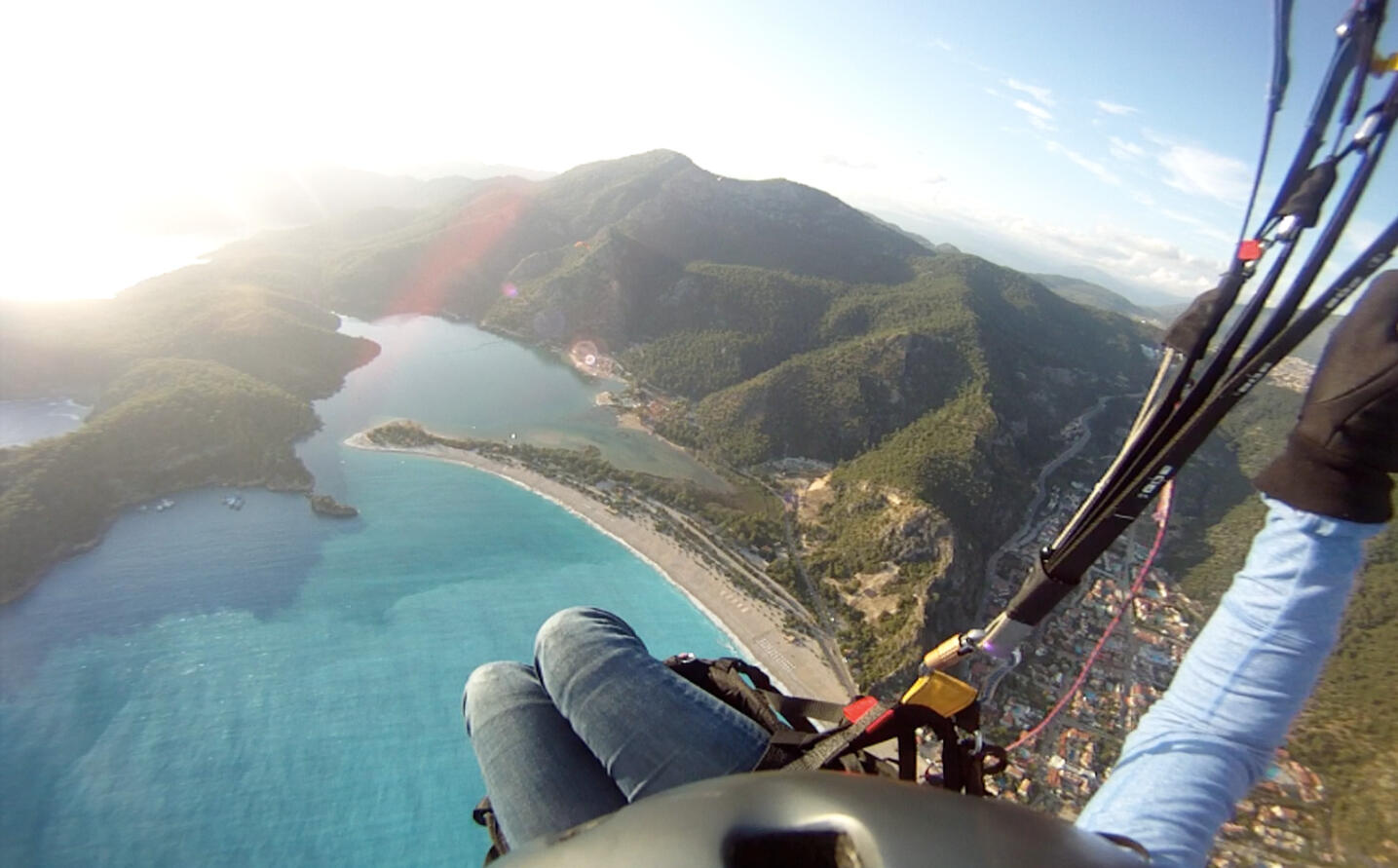 I started my journey into "extreme" activities in the summer of 2008 on a sportbike, carving along the legendary mountain roads north of Los Angeles. It wasn't long after that when, during an extended stint in South Africa, I met a skydiver in a ramshackle beach bar who explained to me that skydiving isn't necessarily something you do once and walk away. Enraptured, I went for my first tandem just days later. Standing in the airplane door over the craggy landscape near Pietermaritzburg, I could already feel myself falling in love with human flight.Skydiving led quickly to paragliding, speed flying and, then, BASE jumping. In May of 2012, I jumped from a bridge in the South African garden route, a cliff near Cape Town, a skyscraper in Istanbul and an antenna in Southern California. This sequence of four consecutive jumps made me the first female (and one of the only athletes in general) to achieve BASE -- building, antenna, span and earth -- in just four jumps. Since then, I've logged more than three hundred BASE jumps and hundreds of foot-launched flights across five continents, to say nothing of the skydiving. The pace shows no signs of slowing.In 2018, Joel Strickland and I undertook the challenge of becoming the first athletes to skydive in all fifty states in a single trip. Over the course of six months, despite heavy odds (and Joel dying that one time), we did it.Today, I'm sponsored by some of the world’s top skydiving gear brands: Performance Designs, Cookie Helmets, CYPRES and Vertical Suits.In between flights and jumps, you'll find me flying in the wind tunnel, rock climbing, skiing, slacklining, or participating in any other appealing practice that happens to be around. No matter what, I'll be flopping happily around on a yoga mat at regular intervals. 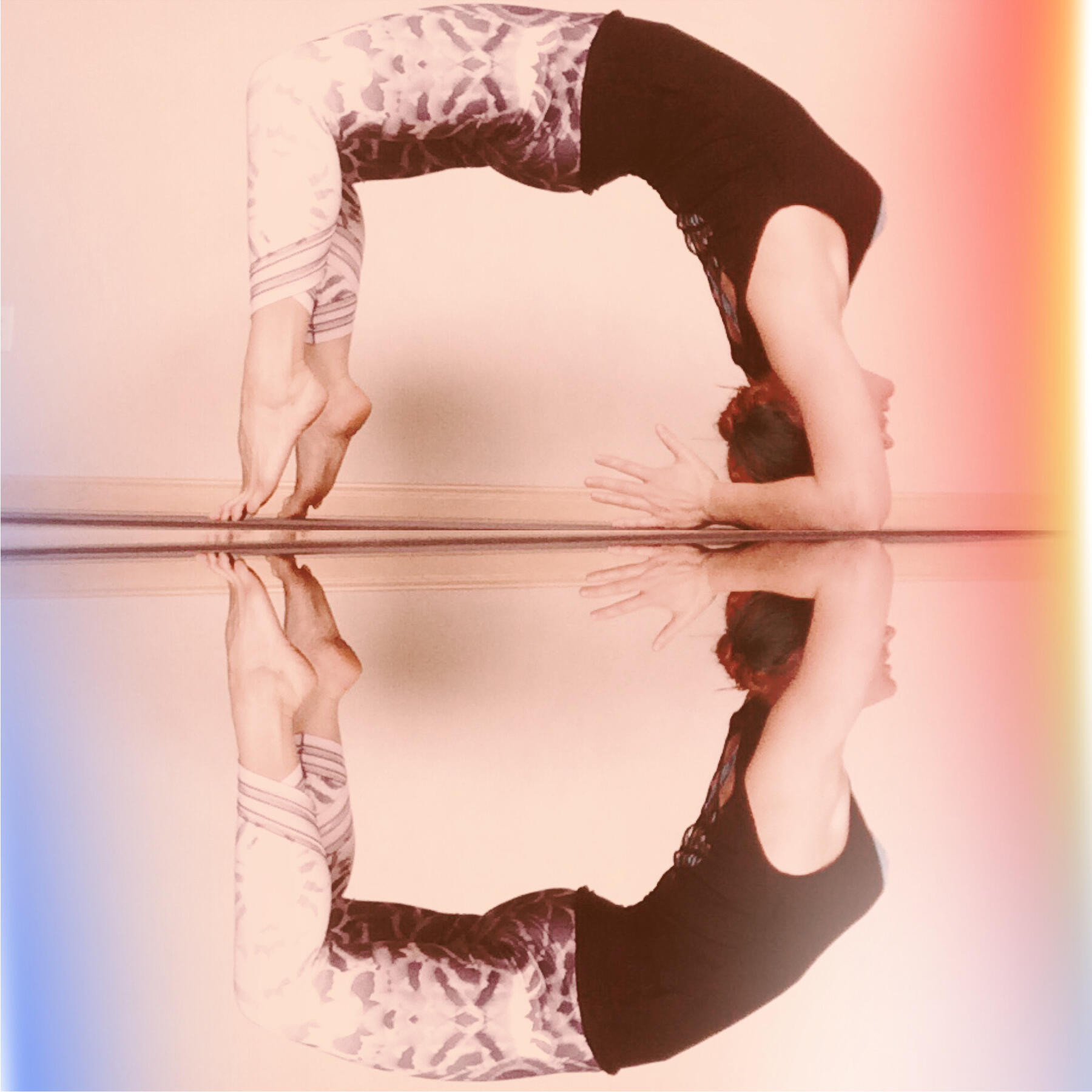 Outside of the work represented across those publications, I worked with the largest and most influential digital marketing agency in the airsports industry -- Beyond Marketing -- from 2015-2019. There, I worked with a team of fellow content specialists, developing bespoke content to drive growth for a network of dozens of the world’s top skydiving facilities.

I spent my twenties producing first music videos, then big commercials and production service idents.My credits include commercial spots for such clients as Toyota, Dell, Dirt Devil, Eggo, Denny's, Kraft, Gillette, Best Buy, Budweiser, Procter & Gamble, Washington Mutual, Syfy (SciFi) and the Travel Channel, as well as music videos for such artists as Depeche Mode, The Killers, Keith Urban, Michael Buble, Good Charlotte, Britney Spears (unreleased, and that's a fun story), The Frames, Hot Hot Heat (a couple of times), Hoobastank (again, multiply), Marilyn Manson and the Jonas Brothers (to name just a few items on a very long list).My favorite gigs have been the production service projects I've worked on for international clients. I did all of Channel 4's epic House of Imagination promos for the Syfy channel, as well as several extraordinarily creative individual-show promos for C4 and Sky UK. I've also done an armful of fashion spots, including Norway's lingerie release for Cubus and Donatella Versace's summer collection for H&M.I’m still involved on the executive level with the Annie Awards, which annually celebrates the highest achievements in the animation industry. I also help to put together bids for film and television projects with airsports content.

In 2018, I took on the COO role for Clearview — an entirely remote software engineering company. Clearview comprises a hotshot team of distributed developers from America, Bosnia and Indonesia, building big, toothsome projects out of whole cloth.I moved to England to found the UK subsidiary of the company in October of 2020.In June of 2021, I was appointed CEO of the US parent company.In July of 2022, I refocused on the UK segment of the company and passed the US CEO reins back to Clearview’s founder.

I don’t intend to slow down. 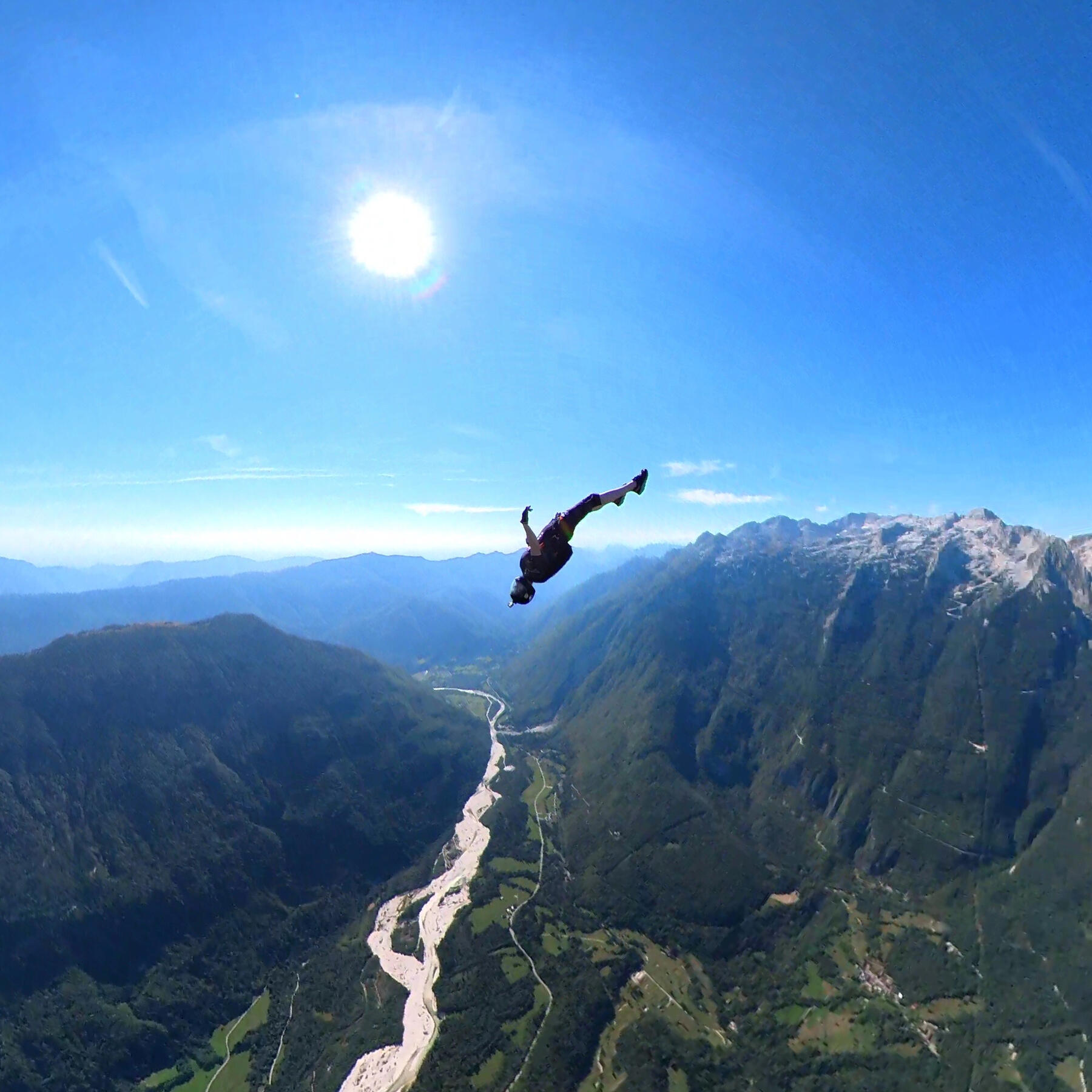 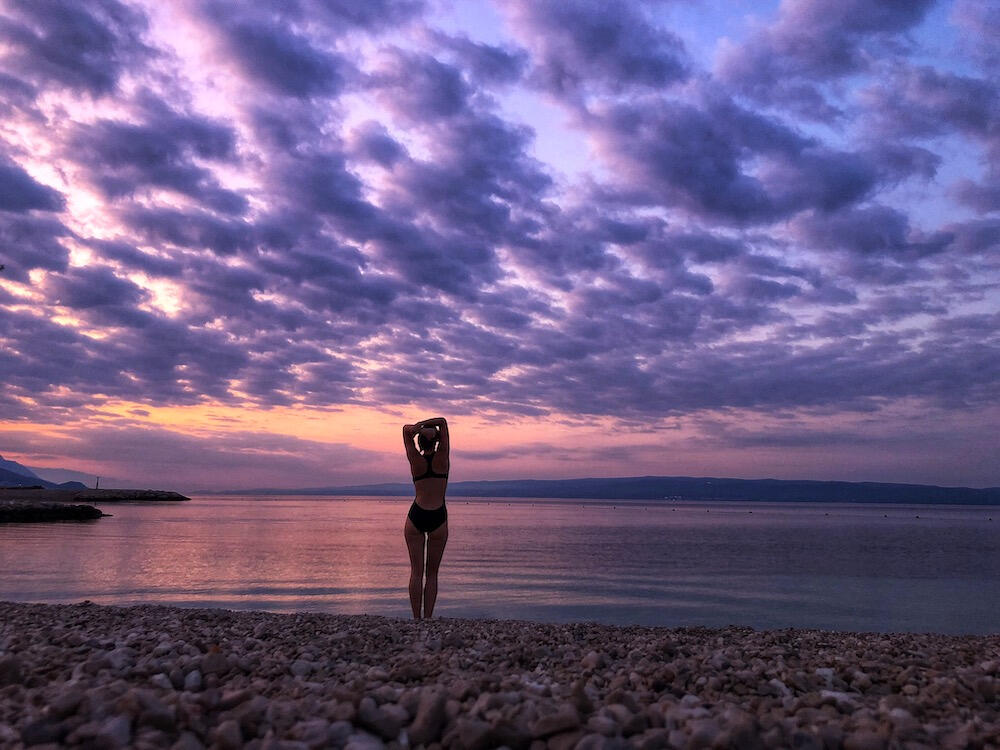